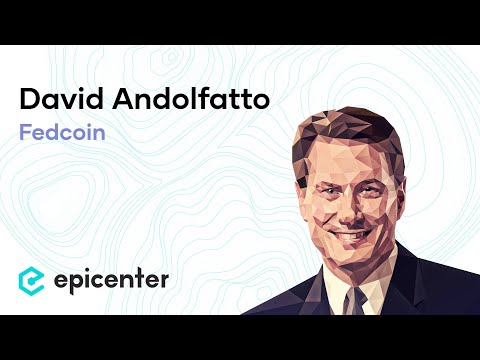 When people talk of deflation and Bitcoin, they mean that you need to pay fewer and fewer bitcoins for the same things because the demand for bitcoin grows much quicker than the supply.
We generally assume this will continue and when people talk of a price of $100k per bitcoin or similarly enormous sums, they implicitly assume that Bitcoin will be the only one. You arrive at these sums by taking all the use-cases, industries and functions that Bitcoin can do better than the current financial system, you calculate amount of money that will be needed as a consequence, take into account velocity, divide by the number of bitcoins and voila: We have a super-high price and we’re all rich:)
But there is one thing that is generally ignored. The cryptocurrency infrastructure can handle any of the cryptocurrencies similarly well. For a provider like BitPay it would (presumably) be very easy to switch to Litecoin, Dogecoin and Whatevercoin with ease. Even more importantly, they could accept different cryptocurrency simultaneously. (As long as a liquid market exists for them.) In the future payment providers, wallets and other services will handle multiple currencies simultaneously.
This could, for example, mean that you’ll need ‘a’ cryptocurrency to do remittances cheaply, but any number of them would do the job.
It seems, this could destabilize the deflationary characteristic of Bitcoin. If cryptocurrencies can be substituted for each other, then we need to think of the money supply not in terms of Bitcoin but in terms of cryptocurrencies and obviously the supply is no longer limited.
The key question this revolves around is how large are the network effects? How much more utility does one currency vs many currencies provide? Currently, you can’t do much with other cryptocurrencies so there are strong network effects. But if services make seamless, cheap and instantaneous exchange possible between currencies (and I think they will) these effects will decrease.
Am I correct? I would love to hear some thoughts and scenarios about how this will play out.
Note: - These concerns were mentioned by several people in the recent Goldman Sachs report on Bitcoin: http://www.scribd.com/doc/212058352/Bit-Coin. I highly recommend reading it. While it’s critical, it’s well-written and thoughtful. - We also discussed this question on our last podcast episode (Epicenter Bitcoin) with Sebastien Couture and Jonathan Levin of Coinometrics: https://soundcloud.com/epicenterbitcoin/eb-011 (The relevant discussion starts around 1h24m)

Donate BTC: 19LsH8NPDu5ozG9byojL8CqqWTUHTSb8VG Donate Doge, XDP, or assets to: DHLTxVS1XZ3KeVhLocRWYd9E9WAmosUsrb Donate Viacoin, XCP, or assets to: VoYVELff... Support the show, consider donating: 18ZSe3qvW3rCc9ScS5BjQYmcPYPzuAJu5X (http://bit.ly/1Rp226M) We're joined by Brock Pierce, Chairman of the Bitcoin Foundat... Security researcher and RSK co-founder Sergio Lerner joined us to discuss RSK (also Rootstock), the project to launch a turing-complete smart contract sidechain to Bitcoin. We talked about how he ... But others believe that Bitcoin is unsuited for a lof of 'Bitcoin 2.0' applications and that permissioned ledgers have wide-reaching potential to increase efficiency and transparency. Tim Swanson ... Christian Decker is a PhD student at ETH Zurich, where he is currently finishing up the world's first PhD thesis entirely about Bitcoin. The computer scientist has been part of the Bitcoin ...