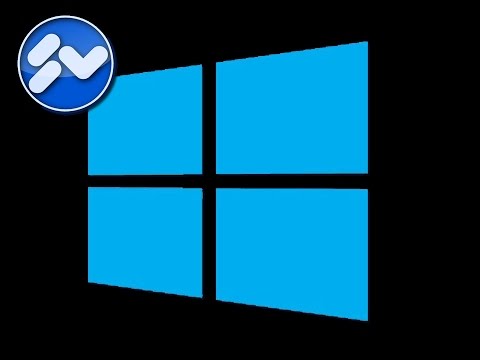 Wladimir J. van der Laan on Apr 22 2017:
-----BEGIN PGP SIGNED MESSAGE-----
Hash: SHA512
Bitcoin Core version 0.14.1 is now available from:
https://bitcoin.org/bin/bitcoin-core-0.14.1/
Or, by torrent:
magnet:?xt=urn:btih:0482be8fc8e1c0b02162871e3591efc3d1d34585&dn=bitcoin-core-0.14.1&tr=udp%3A%2F%2Fpublic.popcorn-tracker.org%3A6969%2Fannounce&tr=http%3A%2F%2Fatrack.pow7.com%2Fannounce&tr=http%3A%2F%2Fbt.henbt.com%3A2710%2Fannounce&tr=http%3A%2F%2Fmgtracker.org%3A6969%2Fannounce&tr=http%3A%2F%2Fopen.touki.ru%2Fannounce.php&tr=http%3A%2F%2Fp4p.arenabg.ch%3A1337%2Fannounce&tr=http%3A%2F%2Fpow7.com%3A80%2Fannounce&tr=http%3A%2F%2Ftracker.dutchtracking.nl%3A80%2Fannounce
This is a new minor version release, including various bugfixes and
performance improvements, as well as updated translations.
Please report bugs using the issue tracker at github:
https://github.com/bitcoin/bitcoin/issues
To receive security and update notifications, please subscribe to:
https://bitcoincore.org/en/list/announcements/join/
Compatibility
Bitcoin Core is extensively tested on multiple operating systems using
the Linux kernel, macOS 10.8+, and Windows Vista and later.
Microsoft ended support for Windows XP on April 8th, 2014,
No attempt is made to prevent installing or running the software on Windows XP, you
can still do so at your own risk but be aware that there are known instabilities and issues.
Please do not report issues about Windows XP to the issue tracker.
Bitcoin Core should also work on most other Unix-like systems but is not
frequently tested on them.
Notable changes
RPC changes
 These interface changes break compatibility with 0.14.0, when the named
arguments functionality, introduced in 0.14.0, is used. Client software
using these calls with named arguments needs to be updated.
Mining
 In previous versions, getblocktemplate required segwit support from downstream
clients/miners once the feature activated on the network. In this version, it
now supports non-segwit clients even after activation, by removing all segwit
transactions from the returned block template. This allows non-segwit miners to
continue functioning correctly even after segwit has activated.
Due to the limitations in previous versions, getblocktemplate also recommended
non-segwit clients to not signal for the segwit version-bit. Since this is no
longer an issue, getblocktemplate now always recommends signalling segwit for
all miners. This is safe because ability to enforce the rule is the only
required criteria for safe activation, not actually producing segwit-enabled
blocks.
UTXO memory accounting
 Memory usage for the UTXO cache is being calculated more accurately, so that
the configured limit (-dbcache) will be respected when memory usage peaks
during cache flushes. The memory accounting in prior releases is estimated to
only account for half the actual peak utilization.
The default -dbcache has also been changed in this release to 450MiB. Users
who currently set -dbcache to a high value (e.g. to keep the UTXO more fully
cached in memory) should consider increasing this setting in order to achieve
the same cache performance as prior releases. Users on low-memory systems
(such as systems with 1GB or less) should consider specifying a lower value for
this parameter.
Additional information relating to running on low-memory systems can be found
here:
reducing-bitcoind-memory-usage.md.
0.14.1 Change log
Detailed release notes follow. This overview includes changes that affect
behavior, not code moves, refactors and string updates. For convenience in locating
the code changes and accompanying discussion, both the pull request and
git merge commit are mentioned.


RPC and other APIs

To address the issue, Microsoft issued ISO images of Build 10130, something it initially said it would only do once a build had been deemed stable enough to be released via the Slow ring. Now the software giant says it's confident that Build 10130 is stable enough for all Windows 10 testers to use, albeit given a few fixes that have been released since the Fast ring subscribers got it. A new build of Windows 10 has been released by Microsoft. Build 10130 features several changes from the previously released build of Windows 10 Insider Preview. Before you update your Windows 10 to build 10130, you might be interested in knowing what exactly has changed in this build. Here is a brief list of changes. Such a list is also available for Windows 10 build 10130. For this new build, Microsoft has listed only a few known bugs. RECOMMENDED: Click here to fix Windows errors and optimize system performance. Known issues in Windows 10 build 10130: Mail app may crash due to a memory error, and may not sync mail when in the background. This issue will ... Bitcoin Core is supported and extensively tested on operating systems using the Linux kernel, macOS 10.12+, and Windows 7 and newer. Bitcoin Core should also work on most other Unix-like systems but is not as frequently tested on them. It is not recommended to use Bitcoin Core on unsupported systems. Bitcoin Core is extensively tested on multiple operating systems using the Linux kernel, macOS 10.8+, and Windows Vista and later. Microsoft ended support for Windows XP on April 8th, 2014 , No attempt is made to prevent installing or running the software on Windows XP, you can still do so at your own risk but be aware that there are known instabilities and issues.