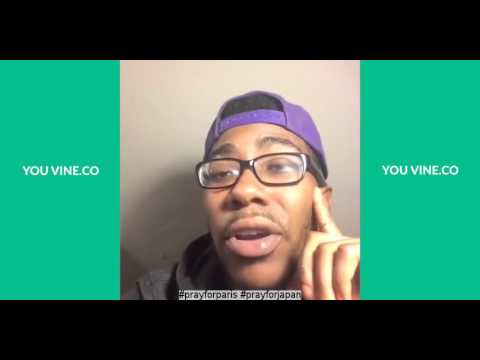 A Look at DCG & Bitfury's Incestuous Ties With the U.S. Government

Board of Digital Currency Group
Glenn Hutchins
Advisory Board
Larry Summers
DCG of course is an investor in both Blockstream and BTCC.
DCG's money comes from:
DCG also owns Coindesk.
BTCC and Bitfury are the only two large mining pools who are outspoken in their support of Bitcoin Core.
 The Bitfury Group Leadership to Present at Clinton Global Initiative (https://archive.is/MWKee)
Full Video (Begins at 32:00)
“The Bitfury Group is proud to be the world’s leading full service Blockchain technology company, we are deeply honored to represent this innovation to an audience of extremely dedicated game-changers, and we look forward to highlighting our company’s groundbreaking ‘Blockchain for global good’ work at such an important event, said Smith. “From the White House to the Blockchain, I know this technology has the power to deliver inclusion and opportunity to millions, if not billions, of people around the world and I am so grateful to work for a company focused on such a principled vision.”
 Bitfury Lightning Implementation
Chairman: Avinash Vashistha
CEO: Chaman Baid
CSO: Nandan Setlur
 BitFury Enhances Its Advisory Board by Adding Former CFTC Chairman Dr. James Newsome and Renowned Global Thought Leader and President of the Institute for Liberty and Democracy Hernando de Soto (Businesswire)
 Bitfury Board of Directors
Robert R Dykes
The other board members include two Bitfury founders, and an investor.
Bitfury Advisory Board
James Newsome
Hernando de Soto
Tomicah Tilleman
Jamie Smith
Jason Weinstein
Paul Brody (no longer appears on site, and his LinkedIn has no mention of Bitfury, but he is mentioned in a Press Release
 New America Foundation
 Muskoka Group
[note: this is worthy of much more research]
 Blockchain Delegation Attends Democratic National Convention https://archive.is/k16Nu
Attendees:
Jamie Smith — The Bitfury Group & Blockchain Trust Accelerator Tomicah Tillemann— New America Foundation & Blockchain Trust Accelerator Alex Tapscott— co-author: Blockchain Revolution Brian Forde — MIT, Digital Currency Initiative
 Brian Forde
Alex Tapscott
 World Economic Forum
 Bitfury Washington DC Office
Washington DC Office 600 Pennsylvania Avenue Suite 300 Washington, D.C. 20003
http://bitfury.com/contacts https://archive.is/ugvII
 Bitfury Chosen for Ernst & Young Blockchain Startup Challenge
 Deloitte Unveils Plan to Build Blockchain-Based Digital Bank http://www.consultancy.uk/news/12237/deloitte-unveils-plan-to-build-blockchain-based-digital-bank https://archive.is/UJ8Q5

On Friday the price of Bitcoin fell to $5,791, the lowest since last November, and while it recovered in Tokyo, the fall has led to a flurry of speculation that it will be wiped out. We cannot ... Selling Bitcoin that a nonprofit holds: The good news is that if an organization holds Bitcoin and sells it at a gain, there should not be any taxable income, since the IRS treats Bitcoin as property, and sales of property that are not inventory or stock in trade are excluded from UBI, regardless of how long the charity holds the property. 2015 Wine Vintage Learn more The 2015 vintage was an excellent year for wine and buyers are spoilt for choice. Europe had an intensely hot summer and many regions were affected by drought, but luck seemed to be mostly on the growers’ side as the majority pulled through, delivering often stunning wines. Style: Kosher wine. Indicative Blend: 90% Syrah and 10% Cabernet Sauvignon.. Critics have scored this wine 90 points. Israel is located in the western Middle East (or Near East), at the very eastern edge of the ... Stores and prices for '2015 Covenant Wines Syrah' prices, stores, tasting notes and market data. Roger Ver Hosting Largest Bitcoin AMA Ever at bitcoin.com An all-star AMA session on forum.bitcoin.com with many top names in the Bitcoin industry will begin November 2nd, and continue throughout ...